It was at the beginning of second semester that Makoto first caught sight of the beautiful Kotonoha reading on the train to school. Ever since, watching her read has been the one source of delight in his otherwise uneventful mornings.

It wasn't that he wanted to go out with her, or even to be noticed by her. Just watching her from afar made his days a little bit brighter - and it's certainly not as if he believed in that charm that everyone was talking about...

One day, Makoto's classmate Sekai catches sight of Kotonoha's picture on his phone and discovers his secret affection for her. To Makoto's surprise, Sekai gives him her full and enthusiastic support. Her encouragment brings fresh color to his dull, uneventful life.

From the moment she drags the two of them to their first lunch together, the barriers between Makoto and Kotonoha begin to fall. Sekai, however, grows increasingly distracted, as if lost in her own thoughts.

On the platform at dusk, Makoto waits for Kotonoha to arrive for their first date. Sekai passes by on the way home from school.
Grateful for her part in bringing him and Kotonoha together, Makoto promises to do anything he can to thank her.

A moment later, Makoto stands there on the platform, stunned.
On the train, Sekai clasps her phone, a picture of Makoto set within.
Kotonoha hurries towards the station, a cheerful smile on her face.
And so, as three hearts burn with three different emotions, the story begins. 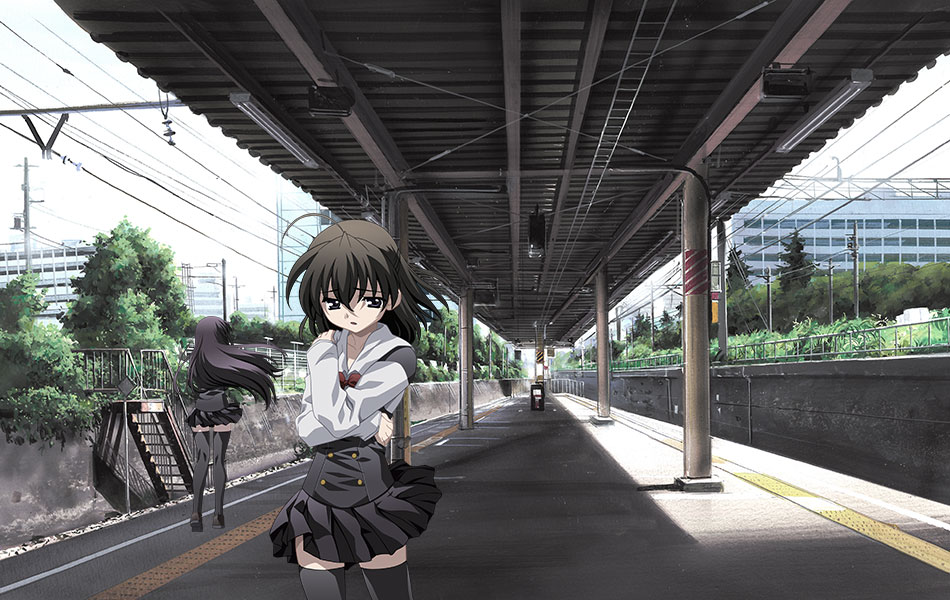 Watch the opening movie Learn about the Characters